I relied on men to fix things. I didn’t know appliances weren’t meant to last forever. My
dad fixed them. He kept everything working like new, and sometimes even better. Toys

and water heaters, washing machines and hair dryers. That’s just the way it was.

My dad taught my brother to do the same and I had no doubt if Dad was unavailable, my brother could do the job.

I believed all men were built like my dad. They barbecued, fixed things, and had the power to mend broken hearts.

I’d known my dad for 40 years when Tom died. Dad was a good and decent man. He was stubbornly loyal with a generous spirit. Devoted to family, even-tempered, a sharp intellect and quick wit. His scruples were well-honed and consistent to the point of being boring. If he valued something yesterday, count on it today, and don’t bet on anything else tomorrow. He was a prime rib and Caesar salad guy mostly, unless it was once-in-awhile, then he was a rack of lamb and Caesar salad guy. Shifts were subtle.

I left home and married Tom and I noticed from the start that he fixed broken things, too. Different than Dad, he thought jury-rigging akin to innovation, and saved his

patience and talents for renovation. Furniture, cars, homes. He could breathe life back into that which others had declared unsalvageable. Cars were not only restored but resurrected; finishes were applied to wood with bare palms to imbue warmth and renew spirit. He saw life and a story in most everything, thus making his suicide an even more tragic contradiction.

Years later I met two more men who fixed broken things. Cardiac surgeons, and I went to work for them. In my first weeks in their employ I watched bewildered as cards and gifts showed up at the office nearly every day. A deliveryman arrived at reception one morning pushing a hand truck stacked with crates of pineapples. The attached card described 20 years of frustration with chest pain and breathlessness that forced a patient to abandon what he loved most–walking, golfing and playing with his grandchildren. On his recent trip to Hawaii he did all three as a result of his surgery. The docs didn’t just fix his heart, they healed his life. 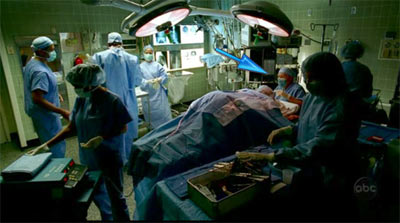 My life, personal and professional, overflowed with men who fixed things.

When I found Tom’s body adrenaline and instinct kicked in. I called 9-1-1.

I called my dad.

Then I called my bosses. One was still in the operating room and the other at home having dinner with his family.

Strangers combed our home looking for clues that might explain the lifeless body lying on the garage floor. Police. Fire. The coroner, who carefully lifted Tom onto a gurney. It was January dark at 5PM and the flashing lights bathed everything in red as a crowd of neighbors grew and gawked on the sidewalk in front of our home .

Tom’s body was held by the coroner pending a completed police investigation. So out of the ordinary was the method of suicide, homicide had to be ruled out. Suicide notes were confiscated. My garage was a crime scene.

An army of fixing men couldn’t fix this. What Tom had done with a knife could not be stitched back together. Not by surgeons, or my devoted dad. Life had blown up and even the pull of gravity wasn’t enough to drag the pieces down to Earth.

I would do the fixing. Make things right, and make things work. The men who fixed things watched Christopher and me. There would be no fix that made things as they had been, no forward motion without more pain and scars. But there could be healing. One day at a time, one bite at a time.

I went from my father’s house to my husband’s, and suddenly my own. One might say I was at a disadvantage. 40 years old and I had barely heard my own voice. I hadn’t made an important decision without a chorus of baritones nearby to approve, or not. But I did have the most remarkable role models, and access to their experiences, skills and decision-making criteria. For years I’d watched the men who fixed things as they considered complex issues, sorted boulders from pebbles, plotted courses, and tackled what mattered. I’d had the benefit of their care and protection.

I was a quick study and they a loud cheering section. My voice grew stronger until I became my own fixer.

My dad is gone now. He died in December of 2013. My son is now a fixer, too. Just ask his little boy… We remember his dad, and mine and all the men who have contributed to our growth and strength.

To the men who fix things, including the one who came much later with the special salve of his love – who married a woman, a boy, a ghost and a story, blessed Father’s Day to all. And deepest gratitude. Enjoy your special day and know you make a difference.

For my dad, Donald Hester, the first man who fixed things for me.

Are you or someone you know in crisis?

Wife, mama, gramma, bestie and friend, colleague and coach. These are my roles. Artist, writer, observer and thinker, gardener and baker; all around creative spirit. These make me. https://pamelahesterking.com https://checkingtherearviewmirror.com https://isitreallyallrandom.blogspot.com
View all posts by Pamela Hester King →
This entry was posted in Acknowlegement, Memoir, Suicide. Bookmark the permalink.

This site uses Akismet to reduce spam. Learn how your comment data is processed.